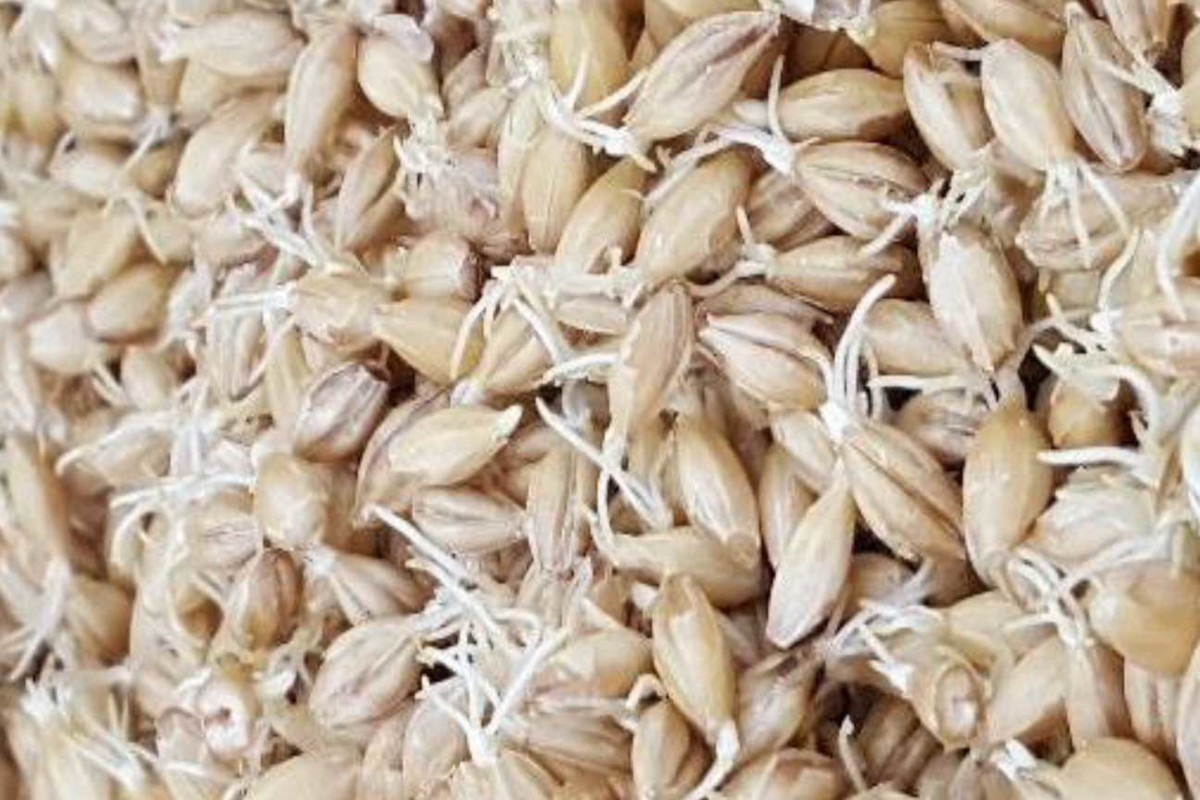 Malt is a natural raw material which, due to its origin and the production process is not subject to mandatory identification when used as an aromatic or colouring agent in foodstuffs. For example, if malt is used as a colouring in convenience food, the malt does not need to be cited as an artificial colouring agent. This, and the striking aromas and colours make malt an extremely interesting additive for all kinds of foods. The high enzyme content, however, has hitherto largely impeded the widespread use of malt as a food additive.

The malt flours which are already being used for baked goods contain starch-splitting amylase, which is specifically used in yeast dough, in particular, in order to convert starch into sugar. The behaviour of the sponge (leaven) and the loosening of the doughs is enhanced as a result. This fundamentally positive influence on the processing procedure makes the malt flours available on the market for baked goods suitable for the craft baking of bread in private households or small bakeries, but not  for the large-scale production of baked goods.

The primary development aim and the innovative core of the project applied for is the use of malt as an aromatic agent and colouring substance in baked goods and milk drinks in particular, such that, due to the enzymatic dry sugaring, it is available without enzymes, and exhibits a higher sugar content than usual (>30 % by weight instead of 5…7 % by weight as hitherto).

The results at present from the project show that the goal which has been set is close to being reached. The combination of maltery conditions, in particular during the germ phase of the barley, the selection of the barley type, and the suitable enzyme preparation for the conversion of amylotic and long-chain carbohydrates allows for total sugar contents from 27 to 29 % to be achieved. The significant changes in the overall sugar composition, such as the formation of maltose and glucose instead of saccharose and fructose is evidently type-specific. The changes already postulated in the solubility behaviour as a function of the sugar content have been confirmed. The application research regarding the modified products is being carried out at companies in the baked products and dairy industry.

Central Innovation Programme SMEs (ZIM) of the Federal Ministry of the Economy and Technology, Co-operation Project