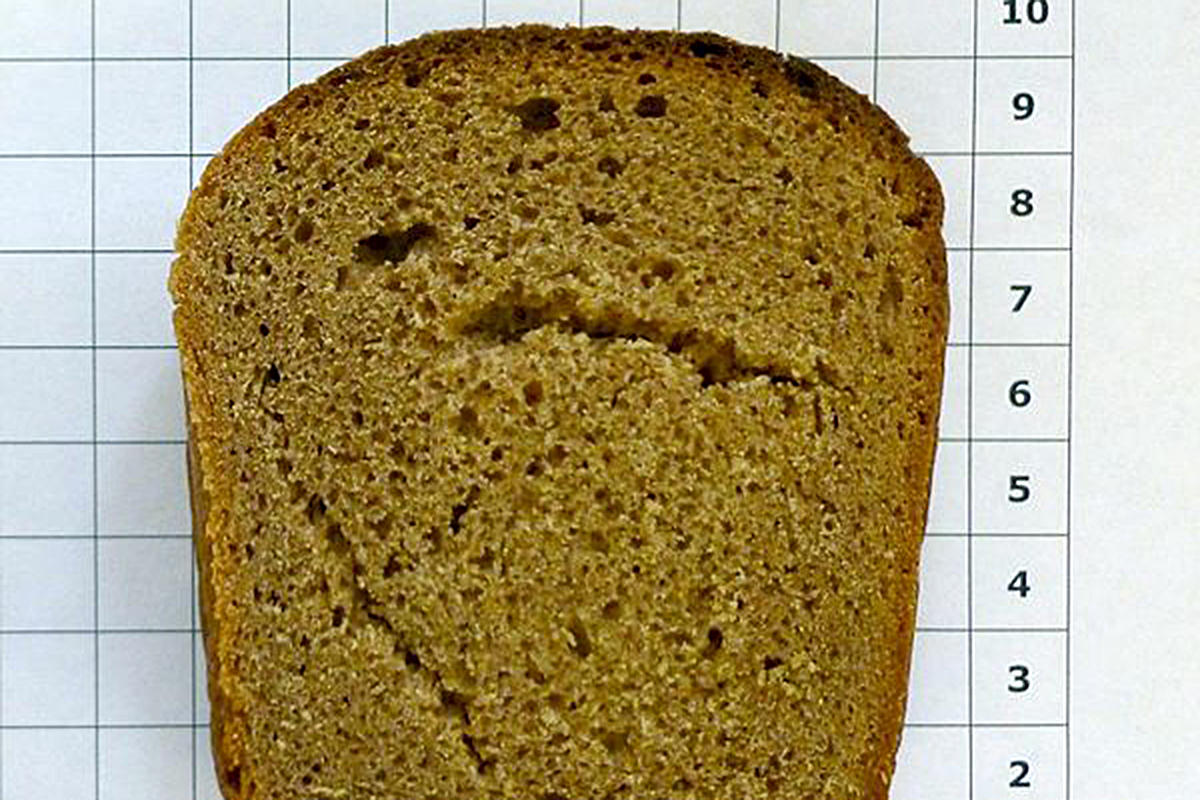 Imperfections in the quality of rye bread

Influence of the interactions of rye hemicelluloses withrye proteins on bread quality, in particular on the quality of rye bread

As was already outlined in the forerunner project of the project AiF 17339, bread imperfections occur time and again with rye bread. They reduce bread quality and are not related to operational or technological situations, but instead solely depend on raw materials. They usually affect recipes which contain rye, pan loaves and when placing bread in an oven using a peel. The established use of scald soaks and mashes and a long dough process as well as a careful addition of malt flour were previously not suitable in order to redress problems which arise due to the insufficient baking properties of the rye flour products. However, technical enzymes could be used more specifically. But in both cases there is a lack of a basis for evaluation to which extent corrective action has to be taken. The quality problems associated with the baking technique processing of rye require a systematic scientific investigation. Previously it could be demonstrated that the interactions between the functionally effective hemicelluloses and protein components influence the gelatinisation behaviour of starch to a large extent, and therefore the structural formation in rye baked goods. However, there are no quantitative connections between the content of glucans and pentosans in the flour products, their processing properties and the resulting quality of the baked products. The interactions at molecular level, which to a large extent are dependent on the pH value, have not been sufficiently known up to now. Here the research must be intensively continued, as current scientific knowledge, which in the case of wheat is based on many decades of scientific study, still has major shortcomings when it comes to rye.The objective of the project is to explain the important influencing factors on the baking quality of rye bread, the interactions between soluble and insoluble proteins and glucans & pentosans as well as phenolic compounds. In particular an increase in the knowledge of the baking capacity of rye is to be achieved.